Isn’t it just nice that when you plug in your PC to the network, it can start discovering your local printers, shares and even other workstations? Yea, your red team thinks so, too.

During a pentest engagement, one easy thing to have running in the background is Responder. Formally maintained by SpiderLabs, now by lgandx, Responder is a project based off python to poison LLMNR, NBT-NS and MDNS requests within a network.

What makes Responder so effective, and so dangerous, is when a user either types in a server name incorrectly, or more commonly does a Google search straight from the URL bar of their web browser (come on, we all do it). Your PC will first check its local DNS server for an address, and if nothing was found it’ll then do a local LLMNR and NetBIOS Server Name Broadcast, which an attacker’s PC will be listening for via Responder. When a computer receives a response from a host running Responder, the PC ends up giving out its NTLM hash, which can be crack offline, via something like hashcat. Below is an excellent workflow of the process, straight from the Kali forms 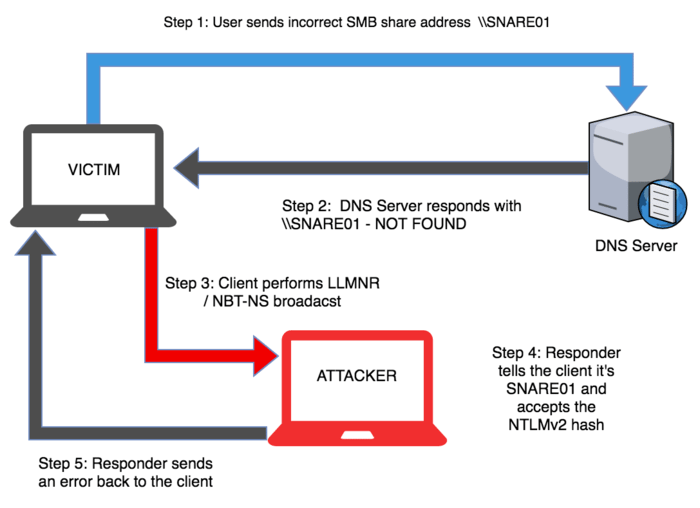 Example of NTLMv2 hashes that were given up by a target, which again, can be cracked offline at the attacker’s leisure.

Basically, an attacker can run a small python script that’ll sit and wait for your domain joined workstations to give up their Active Directory password hashes, leading to bad things.

There are several steps we can take to combat the effectiveness of Responder:

To disable LLMNR, drill down to the following GPO settings and enable “Turn off multicast name resolution”: 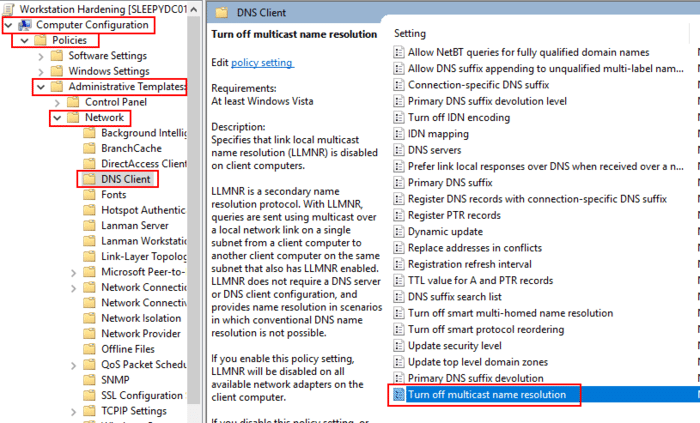 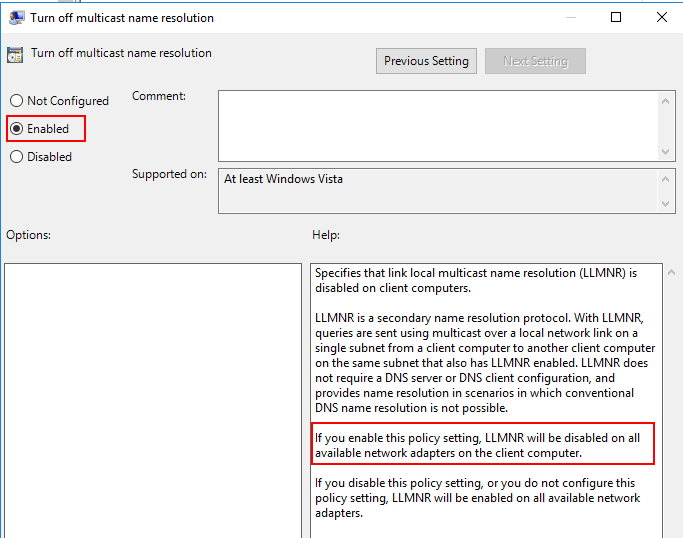 Now this one threw me for a loop for a little bit. I kept finding guides instructing me to enable a User policy to disable WPAD, but could never get it to work on my Windows 10 hosts. I finally stumbled across a random thread instructing to push out a new registry key, via Group Policy Computer Preferences, which ended up working! Registry key needs to have the following values: 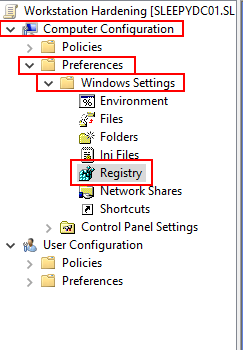 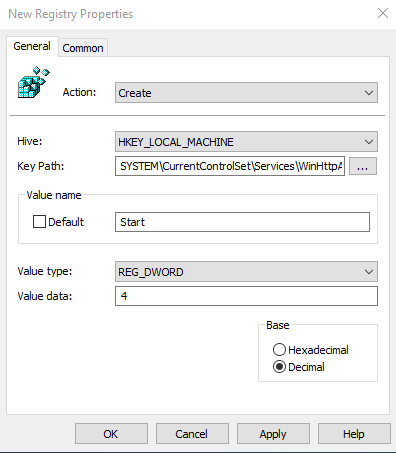 There are two ways we can do this, either in our DHCP settings if we are using Windows Server to provide DHCP services, or by pushing out a PowerShell script to our domain joined workstations

Simply drill down to your scope options and enable “Microsoft Disable Netbios Option” and set the value to 0x2: 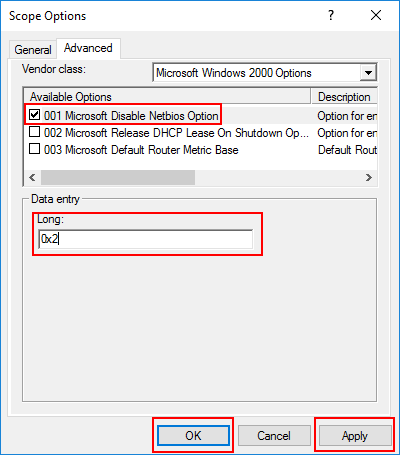 If you’re one of those sad sacks that either don’t have control over your DHCP server, or are not using Windows Server for DHCP (perhaps a firewall/gateway appliance), you still can disable NetBIOS Broadcast by pushing out a PowerShell script that will disable it on all of the interfaces on a workstation:

Push this out via a computer startup script so it runs under the context of the local SYSTEM user. It will require a reboot of the workstation to kick in, so don’t expect instant results.

That’s about it. I need to be better about using this thing. I’ve got a bunch of topics I want to cover in this blog, but there is only so much time in a day.
Until next time <3

One of my customers was using BIND to handle their public facing DNS. In a effort to remove technical debt, minimize their infrastructure footprint, and to make it easier for staff, I was tasked to look for a cloud alternative to BIND... Continue →